Something to Hold on To

The here & now is life, but the past is important, too!

with Kirk's father being sick, to being moved to the

hospital, and being told the doctors couldn't fix him.

As we spent hours with Ted in the hospital

we began to enjoy the moments, cherish every breath.

He was tired and ready to go to a better place.

But still very much alive & full of color!

There was time for stories, belly laughs, friends, family, flirting

We enjoyed & celebrated with many

of his stories from his PAST!  Some stories never heard before!

His sister sent him to the store for a loaf of bread (Oakland, CA) approx age of Ted 16?

He was on his motorcycle, ran into a guy, he asked "where you headed"? out East?

hold on, I will go with you!  He never returned with the loaf of bread!

Laugher! Giggles! - he was gone for 3 months!

He road with "Hell's Angel's" - as he say's before they

got crazy, and they where just a meet up motorcycle group. 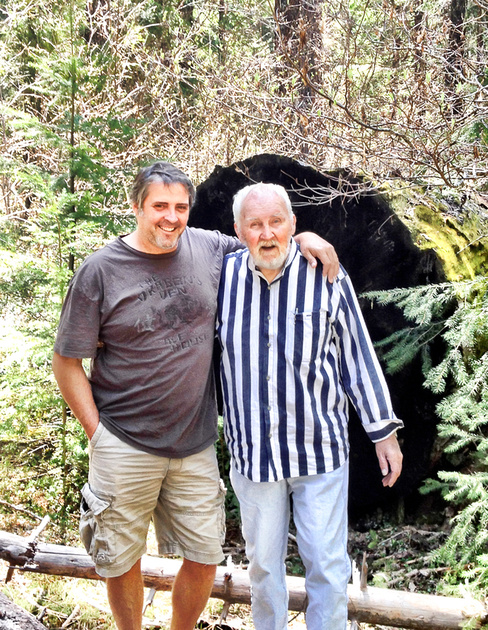 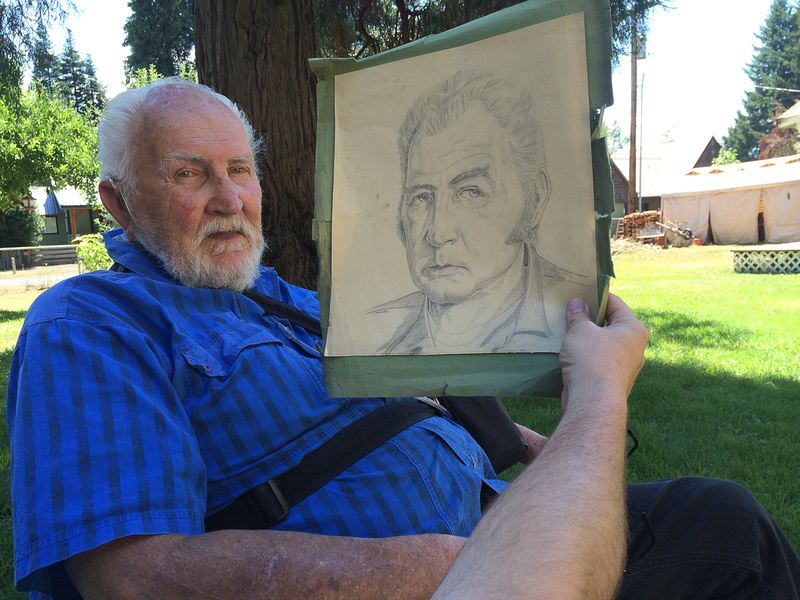 His artwork will be cherish for years to come.  Self Portrait 70's 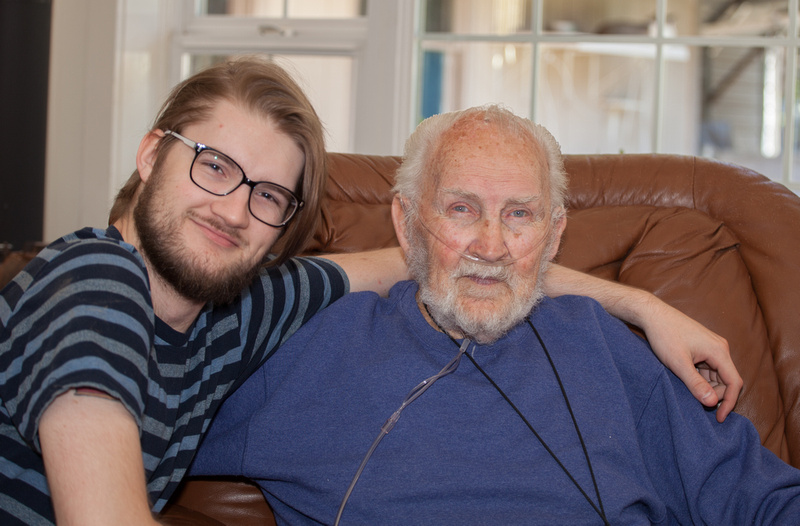 2016 Kyle (grandson) getting to visit his Pappa 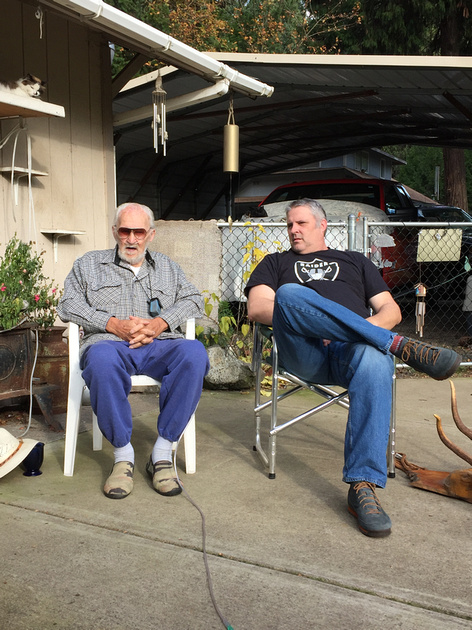 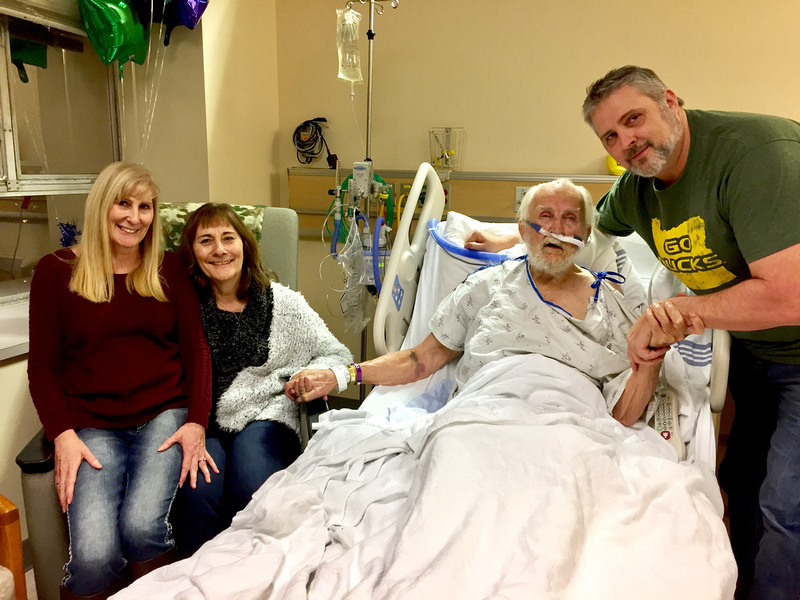 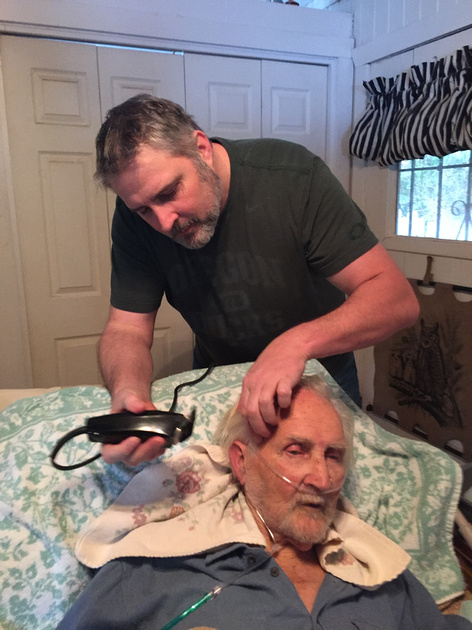 Kirk & I got to spend last weekend with Ted - He wasn't feeling good, but by god he wanted

his hair cut.  Shave it OFF!  Wishes granted sir! 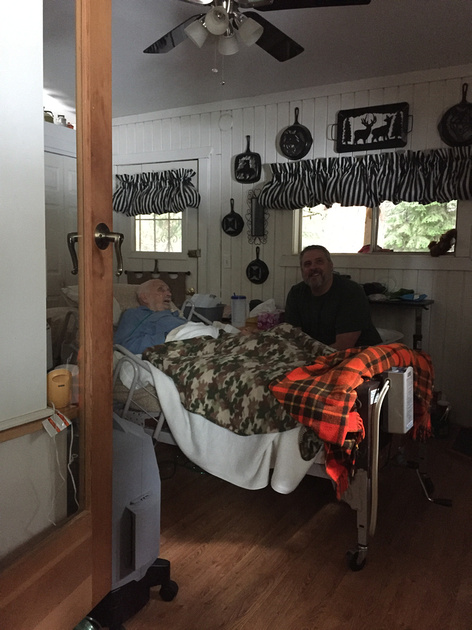 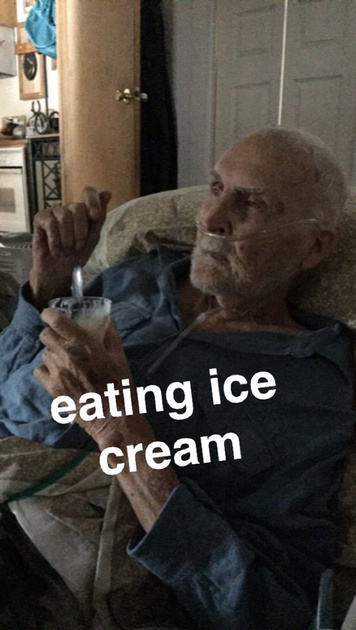 still a few laughs to be had & ice cream

As he rattled off a few quotes, we laughed together!

Moments like this I will forever hold in my heart. 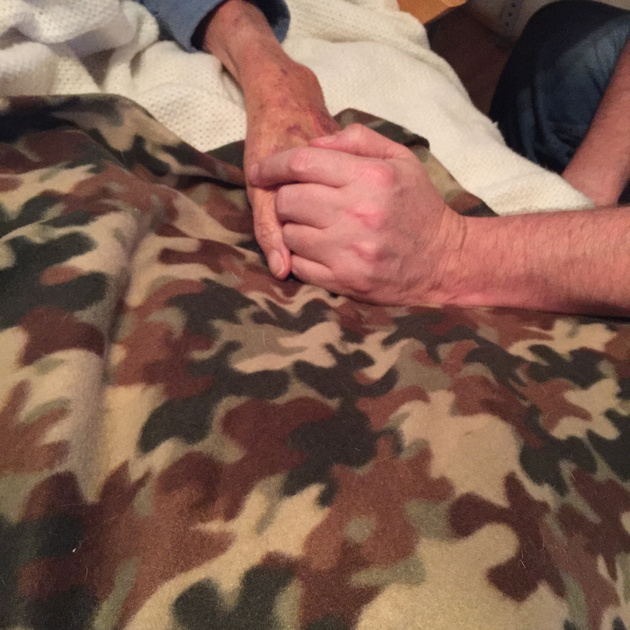 I googled it yesterday...

come to find out it's an old song!  Kirk & I both knew Ted was in the room with us as we giggled & turned up the music!

Couldn't have asked for a better moment!  Forever Ted this song will be played in your memory.

Click here to enjoy: Too Old to Cut the Mustard

"It's not how old you are, it's how many miles you put on." - Theodore Francis Botefur

Jewell(non-registered)
Uncle Ted and I hunted and fished together. Fun and special times. Kirk and he came to our house for a shrimp dinner a couple of times. He did love shrimp! I think of him and my Dad together now, hunting and fishing and having a good time. RIP Uncle Ted.
Laura McGonagle (Lee)(non-registered)
Uncle Ted.... I will miss you. I always thought you were the coolest Uncle I could tell my school friends that my Uncle rode with the Hell's Angels.... Of course they didnt really believe it...lol....
I had always loved your cool Red ole Pickup ❌❌ anytime I see one like it I think of you
No comments posted.
Loading...
Subscribe
RSS
Recent Posts
We Are On The Move! Nothing Fancy Just Love! Something to Hold on To Looking Back on 2015 Life in Salem Oregon - January 2015 Family Where Life Begins & Love Never Ends. FEW FAVORITE PHOTOS OF 2013
Keywords
photographer) Oregon) (wichita kansas) (travel) (Travel (photographer) (Spitting Image Photos)
Archive
January February March April May June July August September October November December
© Spitting Image Photos | Wichita Kansas Photographer | 503.602.7443 | [email protected]
User Agreement
Cancel
Continue